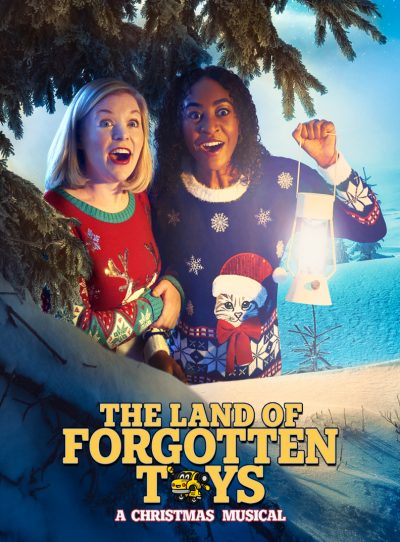 Grace is a brilliant, young woman with big dreams and a passion for Astronomy.

It is three days before Christmas.  Grace, almost 18, works in a toy store owned by her grumpy aunt, Charlotte, who adopted her after her parents, who owned the store, died. Nikki, also works there. Grace doesn’t fit in at the store. She is deeply interested in astronomy, and yearns to go in search of adventure.  She begs for a chance to go far away.

Suddenly the lights go off; Grace and Nikki are transported to the legendary Land of Forgotten Toys. They meet Cassiopeia – Queen of the Northern Sky – leader of the Land of Forgotten Toys, and various toys. They discover that Santa has been kidnapped by his evil sister, Charlotta, and that, in answer to Grace’s plea, she has been chosen to save him.  Grace finds all this hard to believe, but she admits that the universe is full of surprises and that she did truly want an adventure. So she agrees to help.

Grace, with Nikki’s help, discovers what is going on.  They meet the elf, Schmedrick, they encounter the Abominable Snow Monster, and they confront Charlotta.  Grace eventually leads them all, including the toys, in saving Santa. They discover that the toys are not misfits; in fact their “flaws” are key to their success. And Grace discovers that she, too, really does fit in.  Santa is freed. He confronts Charlotta but graciously grants her another chance.

Grace returns to the toy store. She reaches out gracefully to Charlotte, who confesses the secret that, according to her father’s will, Grace will inherit the store on her next birthday.  Grace now sees a new possibility: a shop with toys for every kind of child! For, while we are all different, none of us are really misfits. And even in the darkest galaxies, there is always light!